GROUP RECOMMENDS PROFILE FOR LOWEST PERFORMING SCHOOLS
(Frankfort, KY) – A group of education stakeholders and policymakers evaluated school performance data from the 2017-2018 school year today and made a recommendation on what it takes for a low-performing school to qualify for improvement support.

The schools will be identified under Kentucky’s accountability system as in need of Comprehensive Support and Improvement (CSI), and include the lowest performing 5 percent of schools by grade level (elementary, middle and high school) or high schools with a 4-year graduation rate of less than 80 percent.
Interim Commissioner of Education Wayne Lewis will consider the group’s recommendation and make his recommendation to the Kentucky Board of Education, which will make a final determination at a special called meeting on Sept. 5.

“I will lean very heavily on your recommendation, “ Lewis told the group. “We did not bring you here for window dressing or show. We brought you here because we value your experience and expertise, what you have to say and your contributions – this is really critical work.“ At its meeting, the standards setting committee considered three performance indicators for each grade level as outlined in Kentucky’s federally approved Consolidated State Plan for accountability in the 2017-2018 school year.

At the elementary and middle school levels, the group looked at:
• Proficiency – student performance on state tests in reading and mathematics
• Separate Academic Indicator – student performance on state tests in science, social studies and writing
• Growth – student growth toward proficiency on reading and mathematics tests; and English learners’ growth toward English attainment

At the high school level, the group considered how schools performed on the following indicators:
• Proficiency – student performance on reading and mathematics scores on the ACT
• Graduation Rate – the percentage of students who graduate within a specified period compared with the cohort of students who started high school the same year.
• Transition Readiness – students earning a high school diploma and meeting either academic or career readiness as defined in Kentucky’s accountability system. This year’s data will include college admissions exam (ACT), Advanced Placement, International Baccalaureate, Cambridge Advanced International, industry certifications, Career and Technical Education End of Program assessments and KDE/state-approved apprenticeships. Dual credit and verification of exceptional work experience will be included in transition readiness starting in the 2018-2019 school year, once data are available. High school transition readiness also is based on English language learners’ attainment of English language proficiency.

To establish a basis for CSI, the group looked at school performance on each indicator and considered the relative weight ranges for each indicator established by the Kentucky Board of Education. The weights were adjusted proportionally for the 2017-2018 school year for three indicators rather than five that will be used when data for all indicators are available next year. Schools that fall below the recommended score on every indicator in its grade range would be designated CSI.

“This work focuses on how we find a balance between the indicators in the system this year so we can designate what schools will be designated for Targeted Support and Improvement and Comprehensive Support and Improvement,” Lewis said. “It is so critical that we establish criteria that are fair to schools but hold them
accountable for student learning.”

The designations will be released along with assessment data from the 2017-2018 school year in late September. At that point, schools designated CSI and TSI will have to develop improvement plans and CSI schools must determine whether they want support provided by the Kentucky Department of Education or a private vendor, paid for by the department.

A school would exit CSI or TSI when it improves beyond the threshold that landed it in support and improvement status, as long as it did not backslide on other indicators that could keep it there.

The standards-setting process will occur again next year when additional indicators will be included in the accountability system and Kentucky moves to a five-star rating system for all schools and districts.

Digital Stories
All Stories
FIREshare
Podcasts
Head of the Holler 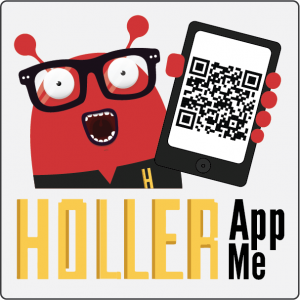